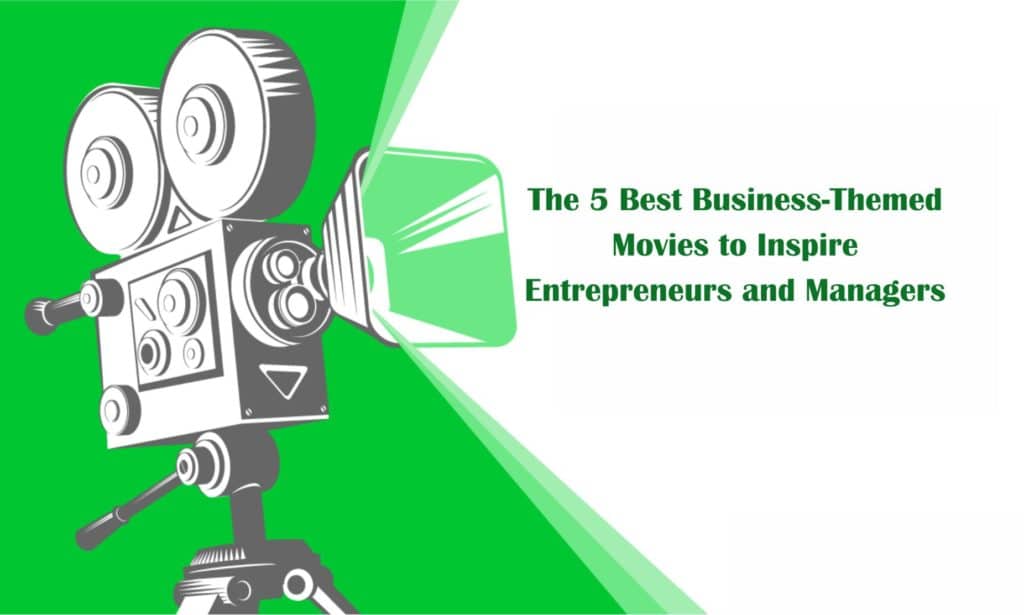 Today’s article is different from our usual fare.

Instead of giving useful tips or strategies related to running or managing a business, we present our list of 5 of the best business-themed English movies that we hope will inspire you to greatness.

The films on our list explore the myriad challenges every businessperson faces. They also talk about the approaches they can (and do) take as they pursue business success and professional triumph. Watch these movies to glean some powerful, thought-provoking insights from these amazing films.

So without further ado – and in no particular order – here is our list of the 5 best business-themed movies to inspire entrepreneurs and managers!

A team of talented individuals working well together is a great pathway to organizational success. However, sometimes teams achieve success despite having members who don’t exactly win prizes for their interpersonal skills. In fact, the unique – and on the face of it, not quite desirable – personality elements of such individuals can even turn out to be an organization’s most significant asset.

Alan Turing was one such (real) person. In this film, Turing is brilliantly portrayed by Benedict Cumberbatch, a British actor who rose to fame for his modern-day portrayal of Sherlock Holmes. During WWII, Turing was recruited by the British MI6 to ***** an unbreakable **** code. Turing breaks the code and becomes a national hero, despite his autism and antisocial personality. However when he is revealed to be ***, he is thrown into prison (homosexuality was a crime in Britain until 1967).

The film’s most enduring take-away is that brilliance can come in any form. However, it is often misunderstood by small-minded people who you need to be aware of but also ignore as you pursue your dreams for success.

Leonardo DiCaprio plays Frank Abagnale Jr, a successful con artist with the ability to charm just about anyone with his skill mastery. The title is a reference to the cat-and-mouse game played between Abagnale and FBI agent Carl Hanratty (both real people) who eventually catches him and gets him sentenced to imprisonment.

The film, backed by superb performances by its lead cast, exemplifies the entrepreneurial journey, albeit not in a way that would be considered ethical. Still, you have to admire Abagnale’s ability to think on his feet as well his affinity for that quintessential Indian quality – jugaad! It touches upon important themes like problem-solving, perseverance and business vision, and how it is possible to find creative solutions from even the most dire situations.

This 1987 movie stars Michael Douglas who plays the iconic character of Gordon Gekko, along with Charlie Sheen who plays Bud Fox. The former is an unscrupulous corporate raider who navigates the rollercoaster of Wall Street while adopting the ‘greed is good’ mantra as he pursues power and success.

The film offers an insider look into complex themes like corporate finance, portfolio management, investment law and capital markets. If there’s one thing you will take away from Wall Street, it is the lesson that it’s ridiculously easy to get carried away with the glamorous lifestyle that accompanies wealth and turn into someone not quite admirable or worthy of respect – even if that respect is your own.

The 3 Godfather movies highlight why relationships are so important to running a successful business. Based on the best-selling novels by Mario Puzo, the movies are packed with thought-provoking scenes that will inspire you to think about building a network, helping people and understanding your competition. Its lessons will prepare you to handle your next business challenge with grace and élan.

In this film, the lessons learned by young Andy (Anne Hathaway) give her excellent preparation for the real world. The film will motivate you to pursue your dreams and to never give up on what you believe in (in Andy’s case it is a journalistic career).

It will also show you how to handle and adapt to uncomfortable situations, even those where you feel completely out of your depth. The movie is a great lesson that you should never underestimate the challenges of any kind of work and make every effort to overcome adversity if you want to thrive.

If you’ve ever had a ‘bad’ boss, this movie will show you that it is possible to handle them without losing your sanity or your job – as long you keep an eye on the big picture.

Do you have a favorite movie that you think needs to be on this list? Comment below!