The Ontario Immigration Nominee Program reached its provincial nomination allocation for the year 2018 with issuing nominations around 6,600 for its various streams.

Ontario is Canada’s most populated province and the OINP’s 2018 allocation of 6,600 nominations makes it Canada’s largest provincial immigrant nominee program.

Ontario yet has not its allocation for the year 2019.

Ontario’s Human Capital and Priorities stream has been the most active stream by far with Invitations around 6,411.

Candidates who receive a provincial nomination receive an extra 600 points towards their CRS score and are more likely to receive an ITA from Canada for PR application.

The table below captures all HCP invitations rounds in 2018:

Total nominations issued under both these streams accounted for approximately 43 percent of total OINP nominations in 2018. 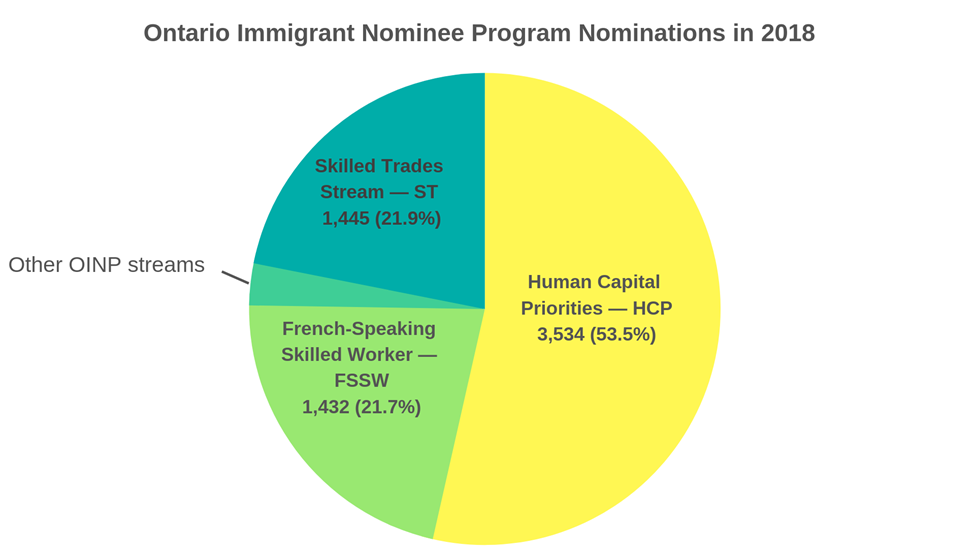