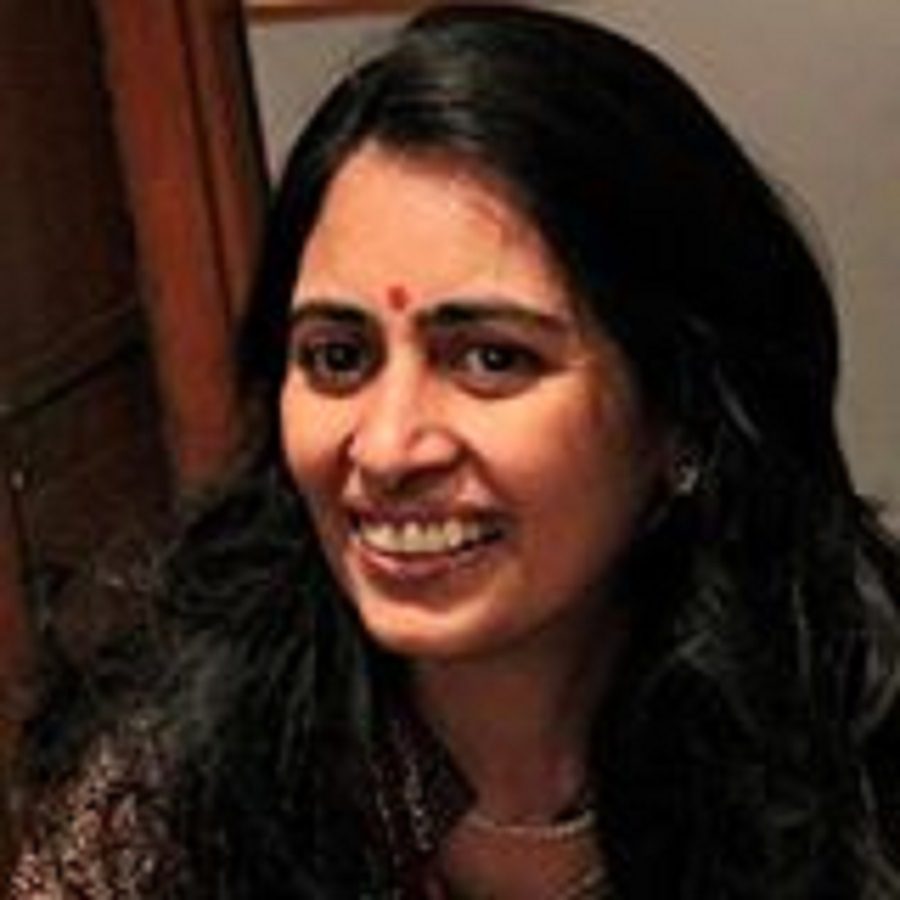 Some years ago, there was a lot of communal disharmony in the whole of India due to the events in Gujarat and the Godhra riots. I just could not ignore this. I wrote many letters to magazines and papers on the misuse of religion.

“Amma, no one ever reads letters !’, said Siddart, who was just ten at that time. ‘If you really want to convey something, why don’t you write a story?’, he suggested.

Being a child, he considered nothing ‘impossible’. My daughter Samyukta, then six, too fully agreed that stories were the way to go.

This set me going. I had never written anything till then neither did I have a background in journalism or literature. Still, I thought I would attempt writing fiction. My inspiration, sounding board and critics were my children, so it had to be stories for children.

Would I be able to convey the essence of religion, a lofty subject, in the form of simple stories? I wondered. Still, with Siddart and Samyukta by my side, seeing what I was attempting, I had to persist. Slowly but surely, a collection of stories emerged, on the humanistic aspect of every religion practiced in India.

After my stories got published in Tinkle, I thought I could publish a book with these stories. After sending them to various publishers from whom I did not get much response, I realized I should approach well known people interested in the subject of communal harmony, as that was the subject of the book I wished to publish.

I decided to get in touch with the well-known lyricist and scriptwriter, Javed Akhtar as he was vocally against any kind of communal disharmony. I traced his contact and met him with my collection of short stories.

He heard me out and surely felt this kind of a book was required in India and did recommend one of well-known publishers to read it. Soon my first book was published. And in no time my second book was also published.

Now that my books had got published, I looked for publications that may carry a review, and my first choice was Life Positive as I had always been a fan of this publication. I contacted the editor, Suma Varughese, who told me they did not review children’s books but she asked me to come and meet her sometime. Over our next meeting she suggested I could consider writing for the magazine as a freelancer; I readily agreed and began writing articles for Life Positive once in a way.

At the same time, MS was entering my life, though I was not aware of its entry.

So, in a sense, I became a writer at more or less the same stage as MS entered my life.

Before reading my book, you must know what this book is not. This is NOT a medical book of any kind; and neither will it analyze any kind of treatment. It is NOT about a universal solution to multiple sclerosis (MS), the ailment I have been diagnosed with.

Most of all, it is a book that aims to convey that one can lead a complete and wholesome life, fight MS or learn to live with MS, as we can indeed advance in many areas.