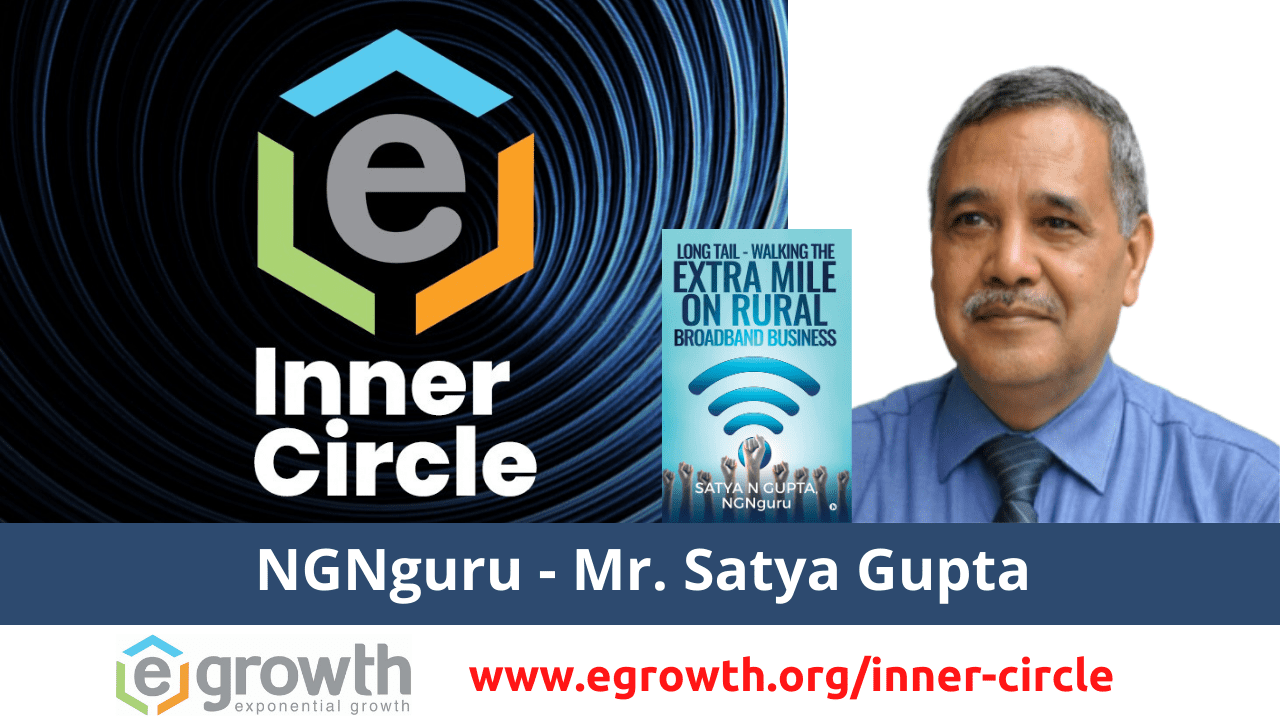 As chairman, India and BIMSTEC, BLUETOWN, Gupta is responsible for forging strategic partnerships, and exploring new markets to “connect the unconnected” BLUETOWN, in partnership with BSNL, has set up Wi-Fi hotspots in about 4,000 villages in eastern parts of India.

He has spent about 4 decades in the telecom industry. The most notable entity created under his leadership was Ircon Telenet Pvt. Ltd, a joint venture (JV) between Indian Railways and British Telecom.  Later converted into a PSU by the Ministry of Railways, the JV is today known as RailTel Corporation of India. He has also worked with the telecom regulator TRAI as principal adviser.
Mr. Satya Gupta is a member of eGrowth INNER CIRCLE, the exclusive community for Industry Leaders. We work on 5 aspects –