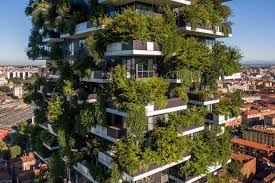 We certainly need to make our cities, smart or otherwise, clean and green.

As per the reports, 75% of the population would be living in the urban lands worldwide by 2050. The recent findings also suggest that the energy consumption is more than 80% in the urban spaces all across the globe. The phenomenon is more observed in the underdeveloped and the developing nations. The policy makers and the corporates linked to the implementation of the policies along with the stakeholders are tackling with this current problem of use of scarce resources. The polluting environment in the area is only one side of the coin. The maintenance of infrastructure and the conservation of energy with the promotion of greener and cleaner cities acts as the other side. The smart energy solutions need to be provided in these areas. The identification of 98 smart cities is done as part of the project.

The private and public companies along with the civil society have a significant role to play in protecting the environment. Their responsibilities too are not limited just to the management of the industry and the monopolized structure. The crucial role they play is in the arena of controlling the rising levels of pollution. The cooperation of the concerned authorities with the role ensuring accordance with the rules along with the norms pertaining to the society call for the needed social influence along with the acceptance too.

The innovations by India Inc. are towards the reduction of pollution by enactment of policies and emphasize given on recycling, waste management along with sustainability. The conservation of natural resources along with combating the environmental problems faced due to waste generation and increasing deforestation has led us to the crisis of environmental pollution in India. The concern has become significant with the off late crisis and the tackling of the problem is essential.

In particular, the coordination with the public for the adherence to the environment policies has a significant role.