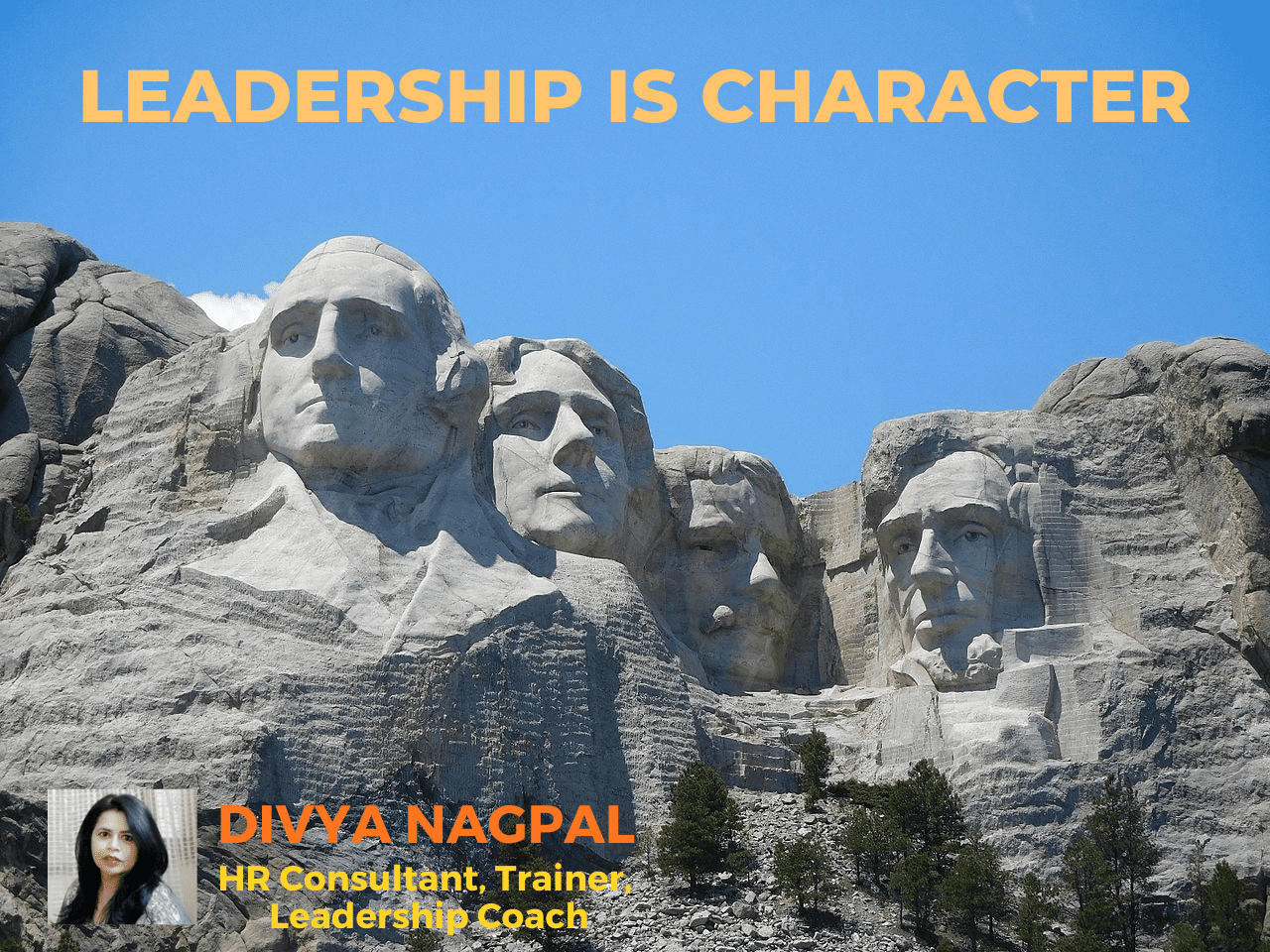 If you have really given it a thought, Market and People management concepts have evolved from erstwhile being a great manager to being a leader. And the concepts of Leadership have revolved around “Developing oneself as a Leader” and the “Traits and behaviors of a Performing Leader”.

While we talk about these traits and creating yourself as a leader, I feel Leadership is “CHARACTER” one holds within self and for others. A glimpse of such leadership can be seen during tough times by others. All big leaders, such as Mahatma Gandhi, Mr.Ratan Tata, Ms.Sudha Murthy display a Character, the image of which touches your heart, even though you have not met them. Each exemplifies certain values. Character is driven by values.

What makes a strong CHARACTER, is PRACTICE. Repeated, ongoing display of Truthfulness to self and others, in words and actions with patience and belief, evolves a character of the person. To develop that inner core for yourself, practice living that character in mind and in the act, in the space of your individual values with patience and faith in life.